Evaluate the Changes You Make

The global pandemic forced many companies to adjust their businesses to entirely new conditions. After years of careful planning and meticulous execution, top managers found themselves in a situation of high uncertainty, and they had to make quick decisions based on incomplete data and guesstimates. Most managers in Europe had no previous experience fighting epidemics, and all they could do was improvise.

Combining careful experimentation with a rapid collection of feedback from employees and customers seemed to be the best strategy to move forward. The key question here is:

How can you collect quick feedback that helps you
rapidly experiment in the times of high uncertainty?

See how employee surveys can help you here.

The pandemic brought shock into several market segments. Some recovered quickly, some are still on the way to full recovery. Lastex was one of the first companies affected by the novel coronavirus outbreak, experiencing a significant drop in revenues (-40% during the first couple months).

This created a major cash-flow challenge. Top management reacted quickly and addressed the issue by cutting employee remuneration and freezing out some suppliers until further notice. They needed quick feedback on how employees perceived these changes.

Arnold data revealed that 80% of the employees had noticed the changes, but only a third of them perceived them as significant.

Surprisingly, the employees evaluated the changes both as positive and negative – the only unit with comparably more negative feedback was the IT department.

The top management was happy to learn that the changes were generally perceived as legitimate – nearly all employees responded that the organization was managing the situation well or quite well. However, the IT department had a slightly higher number of employees with a negative evaluation – something that needed to be addressed. Drilling down through the comments revealed that there were two sources of negative comments: a) pay cuts and b) teamwork derailment. The effect of salary budget cuts was surprising, because the salaries of IT developers are generally quite high. IT professionals are, however, also currently in high demand on the job market. Some of them adopted a mindset of “I can work in 10 other companies next month”, which is why the attitudes towards pay cuts were so negative. As far as teamwork, the comment section revealed that some teams relied heavily on physical presence with morning stand-ups and over-the-desk conversations. A sudden transition to remote work derailed usual routines and resulted in lower quality code, less innovation and, in some cases, loneliness.

Arnold helped them understand that the overall perception of the newly adopted measures was good. The situation in the IT department needed to be addressed immediately.

Every team leader received their own report with their team’s results. This helped them connect with the employees that needed assistance and, in some cases, reverse their decision to quit.

How employee surveys helped organizations during the pandemic

Evaluating the changes you make (a case study)

How well are your managers able to provide feedback? 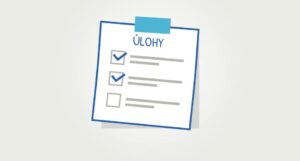 Arnold is a chatbot-based employee survey tool talking to thousands of employees every week.

Would you like to try Arnold it in your organization?
Get your free Arnold trial today!